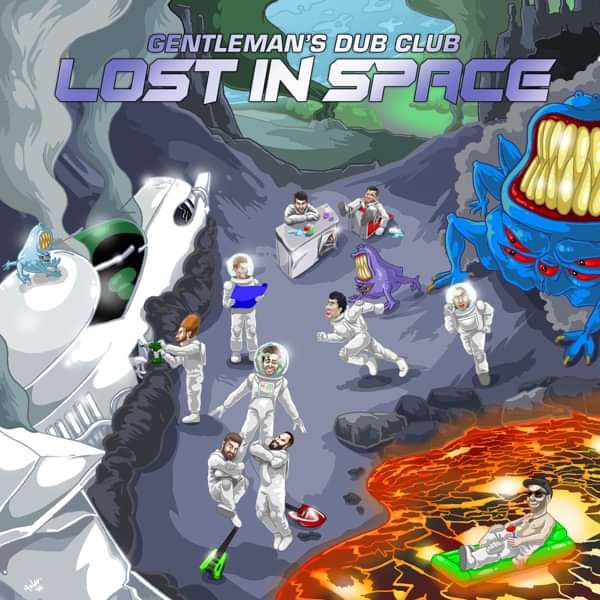 The gents go intergalactic in search of the ultimate bassline

After this past summer’s acclaimed project with The Nextmen, Gentleman’s Dub Club return with the hotly anticipated album, ‘Lost In Space.’ True connoisseurs of blending influences from genres such as dub, reggae, ska, bass culture, jazz, and everything in between, the band has adopted a futuristic tone as they continue their mission to discover the ultimate bassline.

Teaming up once again with the mighty Easy Star Records has resulted in only one outcome: a euphoric journey through time, space and bass.

From the earth-rattling sounds of the first single ‘Stardust,’ to the blockbuster proportions of ‘Intergalactic’, the deep undulations of ‘Ground Shakin’ and onto the beautifully melodic and aptly titled ‘Out Of This World’ – no comet is left unburnt. Joining the band on this interstellar adventure are the equally awesome Million Stylez and Winston Francis, who feature on ‘Turning Back’ and ‘Walking Away’ respectively, both of which have feel-good, ear-to-ear smile vibes throughout.

For now, it’s time to let the music do the talking - if you’ve been searching for an album to soundtrack a weekend of good vibes and a week of bouncing beats, countdown from 10 and find yourselves ‘Lost In Space.’

By signing up you agree to receive news and offers from Gentleman's Dub Club Ltd. You can unsubscribe at any time. For more details see the privacy policy.

By signing up you agree to receive news and offers from Gentleman's Dub Club Ltd. You can unsubscribe at any time. For more details see the privacy policy.